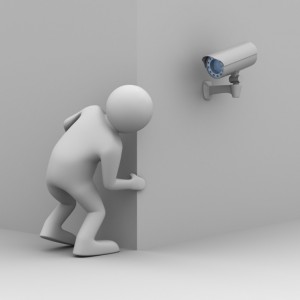 When Edward Snowden revealed the extent of the NSA’s digital surveillance capabilities, shock was coupled with apathy. Many Americans already assumed they were being watched.

Here is the messy truth: this has been going on for years.

It started with the collection of call data from AT&T and Verizon a little over a decade ago. The initial project wasn’t about recording phone conversations, but keeping track of who was making calls to whom. Enough calls to the wrong people could create a pattern of affiliation that might justify further examination. (For a clever explanation of social network analysis, refer to Kieran Healy’s article “Using Metadata to Find Paul Revere.”)

The NSA is now completing construction of the $2 billion Utah Data Center, soon to be a repository for its data gathering efforts, including email and internet traffic data reportedly supplied by Microsoft, Yahoo, and Google through its PRISM program.

Snowden’s former employer, Booz Allen Hamilton (BAH), is an outsourcing firm for large-scale projects. Ninety-nine percent of its revenues come from Federal government contracts, and 76% of their employees have security clearances.

You might believe all this contract money would make Booz a great investment. But it isn’t. Since its first year as a public-traded company in 2010, revenues per share have actually declined by 11%. Profit margins are thin. The company also carries a huge amount of debt.

An equally direct approach towards investing in the Surveillance Society would be L-3 Communications (LLL), which provides a full range of homeland security applications. This includes airport screening systems, the E-ZPass toll system, and biometric cameras used by state motor vehicle departments for driver’s licenses. By most measures, though, the company has been moving sideways for years.

The infrastructure already exists – it is simply a matter of maintenance now.

The Surveillance Society is an expected consequence of several trends that have been in place for a while, including post-9/11 homeland insecurity, big data, and the digitization of everyday life. The first of these trends made data collection a perceived necessity, the second made that data inexpensive, and the third makes it abundant.

Few things are stronger than the convergence of multiple trends. Will this lead to a safer, saner, culture, or unleash a “turnkey tyranny”? Regardless of how you look at it, big money has a stack of chips betting on the Surveillance Society.