A Revolution in Batteries? 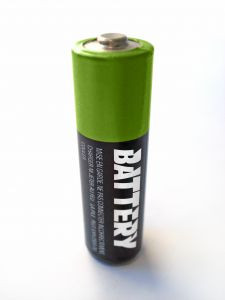 For all the buzz, Tesla’s electric cars still rely on lithium-ion batteries, a technology that was commercialized by Sony over twenty years ago.  Today, these batteries power everything from sports cars to laptops and cellphones.

It is time for a recharge.

Lithium-ion batteries are by far the most expensive component of electric cars, adding about $10,000 per vehicle.  This is one reason why the electric and hybrid vehicles still rely on economic subsidies.  But there are other concerns, too.  Li-ion batteries don’t hold as much energy as petroleum-based fuels, suffer from slow recharge times, and have lingering safety issues.  Clearly, this is a transitional technology.

Significant progress is being made in the effort to update the rechargeable battery.  Three new approaches are gaining the most attention:

Lithium-Air batteries can “breathe” by using surrounding oxygen to form chemical reactions and generate an electric current.  IBM was first the standard-bearer for this technology.    While lithium-air batteries can store up to ten times more energy, they take much longer to recharge and lose their effectiveness after fewer cycles.   But, the technology shows promise and Tesla has filed 8 patents for air-based battery technologies.

Toyota is working on a solid-state battery that could shrink the size of a conventional battery pack by 80 percent – with possible reductions in manufacturing cost, too.  Because solid-state batteries don’t use corrosive or flammable fluids, they survive thousands of charge cycles, and can withstand high temperatures. GM has invested money in a related technology through privately-held Sakti3.

Graphene Batteries.  Researchers at Northwestern University have made significant improvements in Li-ion batteries by replacing graphite anodes with porous ribbons of graphene.  The resulting batteries charge in one-tenth the time and carry ten times more power.  In experiments at Rice University, graphene mixed with vanadium oxide was used to make batteries that retained 90% of their capacity for over 1,000 recharge cycles.

And there are even more variations… lithium-sulfur, silver-zinc, and flow batteries are all emerging platforms for research and development.

The science supports possibilities that are hopeful for a less petroleum-dependent world.  Within a decade or two, we may see electric cars with a better driving range than fuel-combustion vehicles, and can recharge in less time than it takes to fill a tank of gas.