The World Cup of Investing

Everyone is watching the World Cup, and last night's match been the U.S. and Ghana was made more suspenseful by Ghana's physical game and the fact that this was the team that knocked the U.S. out of the tournament on two previous occasions. 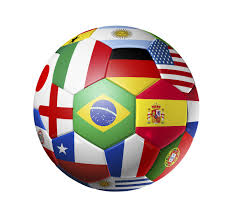 We won the game, but this was a country that was giving our soccer coaches sleepless nights.  It is a reminder that we have serious competition - and that sometimes being bigger and better known isn't enough to succeed.

Sometimes the best investment opportunities can be found overseas.  After dominating the global markets for the past 5 years in the post-crisis "flight to safety", the U.S. is looking somewhat expensive.

Emerging markets such as Brazil, Russia, and China, are comparatively easy to invest in through American Depository Receipts.  Buying blue chip stocks from these countries isn't much different than buying shares of IBM or Microsoft.  ADRs can be purchased in any brokerage account and have standardized reporting.  Other markets are so young that they haven't emerged yet.  These are typically known as "frontier markets."  If this sounds like the Wild West of finance, well, it is.  These markets are so small and inaccessible that they can only be easily accessed through a basket of diversified holdings.  As we'll soon see, the baskets can also vary greatly in terms of what they hold.

Three of the alternatives include:

So why would you consider investing in ETFs and markets with comparatively short track records?  It's all about growth - population growth and economic growth.  These countries have a lot of catching up to do, and they have the people to do it...

Frontier markets are unusual in that they provide diversification without stability.  During the past 3 years, the Guggenheim Frontier Markets ETF actually lost an average of 6.8% annually, while the S&P 500 grew at a compound rate of 15.2%.  However, in 2010 and 2009 the fund generated total returns of 33% and 53%, respectively.

Bored of domestic index funds?  Looking for adventure?  Some markets are off the beaten path, but well worth exploring.