Investing in the Future of Hydrogen Power 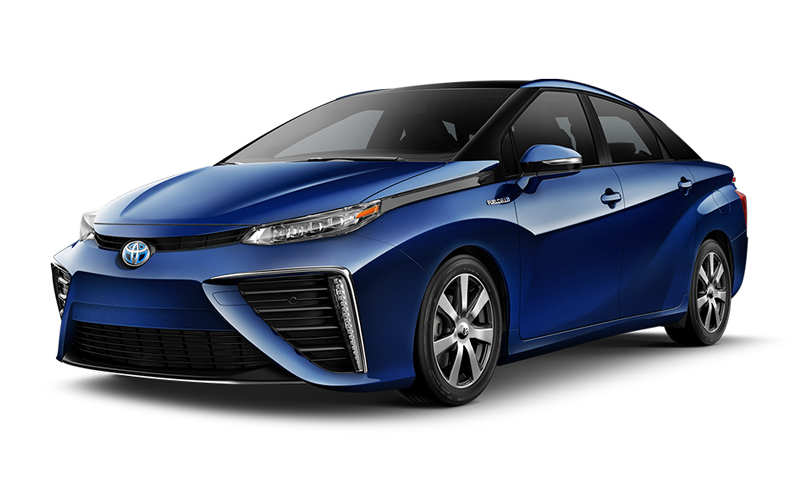 Toyota was the first to go big on hybrid vehicles over a decade ago, and then lost its mojo to all-electric competition from companies such as Tesla.

The recent switch to hydrogen is intriguing, because it suggests that the company may be moving in an entirely different direction.

Hydrogen fuel cells are not new - just expensive.   The hydrogen itself can be sourced from natural gas or electrolysis of water using solar power or conventional sources.   Most fuel cells require the use of platinum in membranes that release electrons from the hydrogen.  Those free electrons are then used to create an electrical current which can power a vehicle's motors.

There are some huge advantages for transportation, such as complete refueling in 3-5 minutes, a full 300-mile driving range, the performance of an all-electric drive, and much lighter weight than battery-powered vehicles, to name just a few.

Hydrogen fuel cell cars are extremely clean from an environmental perspective.  When hydrogen combines with oxygen, the result is pure H201.  Yup, that means the sole exhaust is drinkable water.

But things get even weirder from here.  As part of its promotion to sell vehicles in California, Toyota is offering 3-years of free fuel to new buyers.  This will come from any one of forty-eight planned hydrogen filling stations on the West Coast.

Toyota is rethinking the game in other ways, too.  While most cars are plugged into a garage outlet, the Mirai serves as an off-grid source of power, meaning that you could plug your garage into your car.  Toyota engineers say that a smallish American home could be powered for up to 5-days on a single filling of hydrogen.

Garry Golden, a New York-based transportation futurist, says that rather than rebuilding a well-established network of gasoline service stations across America, the future of hydrogen-power may resemble the iconic "milkman" model of home delivery, with hydrogen "honeycombs" delivered daily to residences or convenience stories, and the empties picked up and recycled at the end of the day.

A more immediate scenario involves a gradual build-out of hydrogen-based fueling stations.  The areas to watch, says Golden, are island nations such as England and Japan.

So, has the time finally come for hydrogen-power?  Investors lost piles of money in fuel cell stocks during the early 2000's.  Most have not gotten back to break-even, even though the technology has progressed by more than a decade.

Key fuel cell stocks that were the "next big thing" such as Ballard Power Systems (ticker:  BLDP) and Plug Power (PLUG) are now "single-digit midgets", trading for $2 per share.  Executives at Plug estimate that the company could break-even by the fourth quarter of 2015, but have not yet reported a profit.  Of the two, Plug appears to be in a better position.

Meanwhile, Toyota (TM) is worth a second look.  This isn't because the company is an innovator in the use of hydrogen power, but because they are good at everything else.  Toyota  is benefitting from a weak yen, and U.S. sales were up 12.7% last December.  Earnings per share are up 23% over the past year, yet the stock is trading at just 12x earnings.

Will hydrogen live up to the hype?  In this case, it doesn't matter.

Disclosure:  Information contained herein is for educational purposes only and is not to be considered a recommendation to buy or sell any security or investment advice. Securities listed herein are for illustrative purposes only and are not to be considered a recommendation.   The advisor currently holds shares of Toyota Motors (TM) in client accounts.