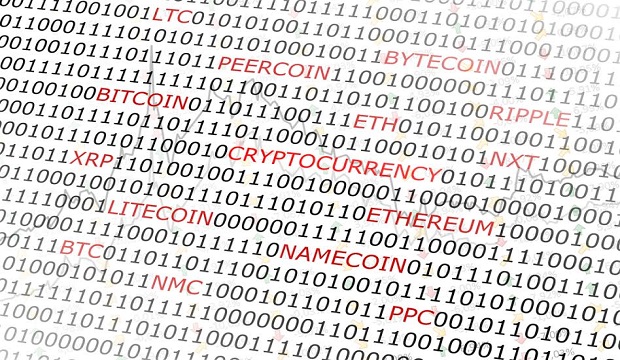 One of my life's great regrets was not buying Bitcoin in 2011, when it was worth just 40 cents. I knew about Bitcoin early on and the idea seemed fascinating. It was the world's first crypto-currency, backed by computational power, limited supply, and an unbreakable code.

The problem was this: Bitcoin felt "sketchy". Still does. And the SEC seems to agree on this point, as it recently dismissed an application for the world's first Bitcoin ETF.

Today, Bitcoin is mostly used by Chinese nationals seeking flight capital. It has been helpful for Venezuelans in their most recent currency crisis. However, most Americans don't have much need for it. The real value of Bitcoin is based in its software DNA, known as the blockchain.

"Bitcoin the currency, I think, is going to go nowhere... the blockchain is a technology which we've been studying and yes it's real." Jamie Dimon, CEO of JPMorgan Chase

A blockchain is a distributed public ledger of transactions. Each new transaction adds another link to the chain. And those transactions are stored anonymously on hundreds, sometimes thousands of computers. It is a secure network, because in order to break into it, you need to hack all the nodes simultaneously — provided that you can even find them.

How is it maintained? Bitcoin "farmers" are rewarded (in Bitcoin) for balancing the books and storing the transactions. Everybody is happy.

There are some real problems with Bitcoin, however. The programming interface is clunky and difficult. Each Bitcoin only stores a limited amount of information. It is a completely unregulated currency and the creator of the Bitcoin itself remains a mystery.

Ethereum was designed from the ground-up to compensate for Bitcoin's limits. While the focus of the Bitcoin is on the currency, the focus for Ethereum is mostly about building a scaleable blockchain platform.

Some of the potential applications include:

There are some very significant advantages to using a blockchain built on Ethereum code. For example, the programming language is Turing Complete. It can be used to perform complex instructions using basic logic functions. But perhaps more importantly, Ethereum can be utilized for "smart contracts".

So, think about what can happen with self-executing legal agreements written as software.

Meanwhile, the value of Ethereum (the cryptocurrency) rocketed from $12 to $50.

The mainstream media hasn't caught onto the story yet and most people haven't heard of it.

At this stage, the risks of speculating in Ethereum are almost too numerous to list. It is also unregulated and inconvenient to purchase. Cryptocurrencies cannot be held in a standard brokerage account and require the use of a "digital wallet" such as Coinbase.

So, is Ethereum the next big thing in digital finance? Possibly. It's exciting and hot stuff for now. If successful, we may eventually regard it as a type of standard digital behind-the-scenes plumbing. Ubiquitous, boring, essential, and reliable.

Meanwhile, it is going to be a wild ride.